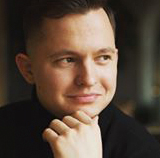 Most people don’t know how to deal with money. They don’t learn it at school and most of our parents don’t know about it. This is why we are so financially illiterate.

We are not educated from childhood in the right habits of rich people and we don’t have rich people around who can somehow help and tell us how to do things. And even if some guy gets lucky and wins the jackpot at the Lottery, in all likelihood he’ll still end up in the same situation he was in before.

There’s no better time than now

We often say to ourselves, «Well, now I’ll figure it out, and then I’ll start saving, investing, creating new sources of income, and so on. But the problem is that most people’s «someday then» time will never come.
«Now, here, you see, it takes all the running you can do, to keep in the same place. If you want to get somewhere else, you must run at least twice as fast as that!», a quote from Alice in Wonderland.
So, better to do now and have a negative experience than to do nothing at all. After all, it is better to move forward than to stand still.

Planning for the long-term future

Most people live in the moment. On the principle of «good now a month, bad later years». A great example: buying a car on credit.
Or the alternative – «worse now, but good later». This means that now I will save on something, put some money in a bank account or invest somewhere. But then this money will work for me and bring me more and more income.

It seems like an unobvious example, but most people are used to making decisions on the principle of «well, let me feel good now and bad later», because I live for today. That’s not good.

Most people have been raised since childhood to judge rich people. If a person is not a typical factory worker, but is engaged in some business of his own and gets more money, then he is immediately a thief and a crook. It has been said that you won’t get rich the honest way, etc.

In this case, you can test yourself: if you see the news about a rich man, what emotions will it arouse in you – envy or respect, or inspiration? This is very important, because if you yourself have a negative attitude towards rich people, you subconsciously give yourself the attitude that «I shouldn’t be like that». And, naturally, you don’t move towards financial success.

We shop more emotionally than logically. The problem is the inability to control ourselves. Poor people think like this: for example, the same guy Vasya, sold his parents’ house and got 30,000 dollars, and he immediately had thoughts «where should this money be spent?», and rich people, on the contrary, their first thoughts are «where should I invest it, so that this money will bring and continue to bring even more income».

Wealth is not money

Rich people don’t keep their wealth in money. If you look at the Forbes list, you can see that wealth is not cash, but usually different companies, real estate, etc.

If you are trying to save money, it is a dead end. Money tends to get cheap quickly. There is inflation, which eats away at money very quickly. There are crises, which destroy everything that has been accumulated in money at an incredible rate. Let’s say you can buy one thing for $10 today, and some crisis passed, and that $10 is worth four times less, if not ten times less.
I immediately think of the grandmother who kept money in her savings book. Later that money just evaporated before it could be spent..
Bottom line: you have to focus on creating additional value, which can then be converted into money. If you learn to create value that other people need, then you can make good money. This applies to people who lose money and those who make money in the lottery. And that’s because they don’t know how to create value – they get the money and immediately drain it. It’s important to focus not on money and things, but on creating assets.

Unfortunately, we often model people who are unsuccessful with money. For example, a typical situation is when we are told by our relatives how to manage our money properly. We need to be careful here.

We spend money unconsciously and do not count how many hours we will spend on this or that purchase. Example: buying a new iPhone for $1,000 with a monthly salary of $600.

Most people think that when they buy a car, they are buying an asset. Bullshit! A car is a classic passive. When you buy a car and drive it out of the dealership, the car immediately goes down in price by at least 10%. Then, you have to pay extra for insurance, extra for fuel, extra for maintenance, etc. Financially, you have created a liability for yourself that is constantly pulling money out of you.
If you work in a cab, it doesn’t count.

An asset is when we have earned some amount of money, put it aside and with that amount we buy something that will bring us money. For example, real estate. We buy some small garage and start to rent it. Or we buy an apartment and divide them into small studios and rent them out individually, etc.

Creating assets is what separates rich people from poor people. Poor people, as soon as they get money, think about how to spend it, i.e. how to get liabilities. And the rich, the first thing they think about is how to create assets – to create something that will constantly bring in additional income.

It’s better to give it up for good. In a nutshell, it’s stealing your money from the future.

How to change things?

P. S. If you continue to do and think the way you acted before, you will definitely end up at the same point. Because the very thoughts you had then have led you to where you are now.